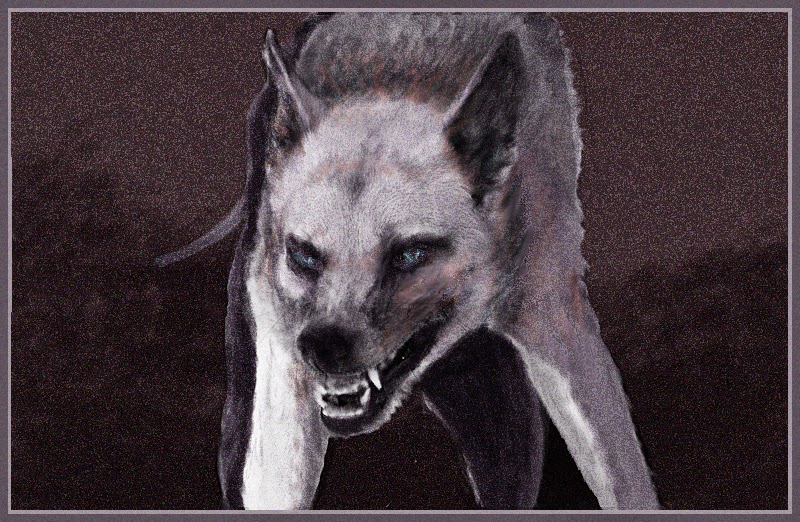 I awoke to a deep chill in my bones and my face resting on the harsh stone.

I pulled myself to a sitting position.  Night had fallen.  The evening clouds hung low in the sky and the winds had quieted down to a gentle breeze.

"The crier has awakened," said one of the chained prisoners in a thick Tressian accent.  This brought a laugh from the one sitting on the platform across the bridge from mine.

"Don't get him upset, he'll start screaming again," said a second.  Another round of laughter.

The current situation finally pushed through my muddled mind.  I looked down at the rune-knot, and then to the sky.  No light.  I may be exhausted but I know I didn't imagine it.

"Devryn."  I looked down into the darkened rocks below.  "What does it matter when we are soon to enter the eternal abyss?  Plan on walking hand-in-hand through the gates?"  My mouth was coated in a fine dust, robbing me of any spittle or pleasure of a strong, cutting tone.

"No abyss for me.  I'm leaving . . . soon."  He pulled forth something from his lap, where the ankle shackles were draped across.  I could not quite make out what he offered as his liberator in the darkness.

"The name's Seth."  I could only see shadow and a thin silhouette with what little moonlight pierced through the clouded sky.

Climbing to my feet, fighting off the complaining muscles, I could just make out the five of us unfortunate souls along the bridge.  I shifted my weight back and forth on the stone slab, trying to create some warmth and get my blood flowing.

Working through the situation, my training kicked in.

The bridge led into a lengthy arched passage that extended into the base of the tower, the one thing that seemed to have survived the test of time.  The attached, outer building at the top had several collapsed sections and the tower itself was but a cracked finger with no tip.

The first joker spoke up again, "What I wouldn't give for some blackened mutton and a warm fire."

"And a lady's bosom," added Seth.  I couldn't help but smile at that.  "Tae-gron, would you even know what to do with a bosom?"

That brought everyone to laughter except the one at the furthest end, closest to the rocky embankment.  He erupted into a hissing fit.  He said something rushed and frantic in a garbled Tressian accent, I couldn’t catch the words.  I didn’t know Tressian well enough to understand some of the countryside inflections.

Everyone quieted at once.

I tried to whisper loud enough for Seth to hear, "What did he say?"

Seth's head was scanning the darkness, towards the brushland.  "He said he thought he heard some scivers."

We sat in silence listening hard to the noises of the night.  The harder I tried, the louder my heart pounded in my ears.  Scivers were hunters and scavengers, a fierce, dog-like creature known to shadow caravans.  The beasts would try picking off loose animals and, during the leaner times, those stupid enough to wander too far out.  I have seen plenty before running about in the distance, but never had to worry about being hunted by a pack.

The moment seemed to pass and conversation picked up again, under quieter tones, between Seth and Tae-gron.  All I could do was try keeping warm.  I had been stripped of my heavy coat and they replaced my sturdy boots with a shoddy pair.  These rags had little to offer for protection from eventually freezing on this exposed outcropping.  If not for my childhood, nomadic lifestyle, my feet would have been blistered and shredded thanks to those Cherrizarc shits.

It was in the lowest of moments, when all seemed to finally sink in, that I heard the yipping that had now quieted the bridge again.  The stone walls and trench below subtly spoke back to the distant calls.  All eyes stared towards the mouth of the bridge as shadows crept to life at its edge.
Posted by Tacitus Publishing